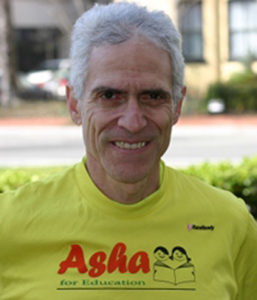 Chuck Engle, 43, won the indoor marathon in 2:43:49, setting an unofficial world record for fastest indoor marathon time ever by someone older than 40, according to Arlington running guru Jay Jacob Wind, who organized the event.

The women’s champion on Sunday, Washington D.C. resident Kristen Jaremback, ran the 16th-fastest women’s indoor marathon of all time, finishing in 3:25:28, according to Wind. Jaremback didn’t stop running however, continuing to complete the 50-kilometer race — roughly 31 miles — in 4:03:43, an American women’s record and the sixth-fastest indoor 50-kilometer time ever run by a woman, according to records kept by the Association of Road Racing Statisticians (ARRS).

Engle unofficially broke the record set by German marathoner Uwe Langer, who ran the indoor marathon in 2:44:58.7 last year. Engle’s performance puts him at 17th-fastest of all time, according to ARRS. The world record holder regardless of age is Arlington’s own Michael Wardian, who ran the 26.2 miles in 2:27:21 in 2010, more than seven minutes faster than the next time on ARRS’ list.

The race was the fifth annual running of the indoor marathon and 50-kilometer race. Marathoners circled the community center track 211 times. Participants in the 50K circled the track 250 times.