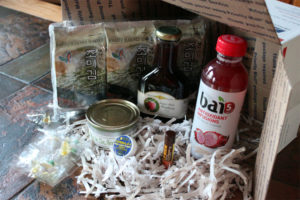 Subscription delivery boxes have become in vogue in the past few years, with companies like Birchbox, NatureBox, BarkBox and Bike Loot delivering small troves of goodies every month to their members.

But, to hear Better Health Box founder Michael Slage tell it, none of the other subscription boxes on the market provide what his company, which he runs out of his Pentagon City home, do: healthy, tasty snacks targeted at specific populations with an educational focus.

Slage has worked at the intersection of healthcare and technology for 20 years, starting with “telemedicine” for NASA, in which he assisted doctors diagnose and treat astronauts on the International Space Station and other missions outside of Earth’s orbit. He is also the founder of Healthengage a health data analytics company that specializes in global diabetes data.

Despite his resume, Slage said his newest company — which he started last year as a diabetes box at Healthengage before spinning it off into a separate company — is important to him because of its direct, personal impact. 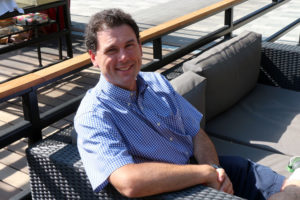 Better Health Box costs $30 a month and includes three-to-five products, depending on their size, in each box. There are five different subscriptions available: for diabetes, general health, children, brain health and focus and sexual health, “which was a popular request,” Slage said.

“We try to do a mix of things that are unique that maybe people have never thought to try,” Slage said. “There are all these great companies making products people have never heard of, and all these people who desperately want to eat smarter and healthier. There seemed to be a need to matchmake.”

Slage, who has also worked for the Russian space program, said a key component of his company for the future will be expanding globally, both in the products it offers and the customers it serves. Since it’s a home-based company, Slage said he can’t ship globally yet despite demand for Better Health Box overseas.

“I believe in using multiculturalism to find solutions,” he said. “We want to use food and drinks from other countries that we don’t know about here, because if it works there, it will work here. Everybody’s human.”

Slage said each product is tested before it goes into any boxes — which his 9-year-old son helps him pack and coordinate. The testing process is key, he said, because “sometimes these healthy things are so foul-tasting.” For that reason, he thinks the educational component is just as important as the products themselves.

“Health education has really declined in this country,” he said. “A lot of people just eat what’s in front of them. Having a chronic condition makes knowing what’s in what you’re eating really important. That’s why we have doctors helping us to make sure each product is safe for the customers.” 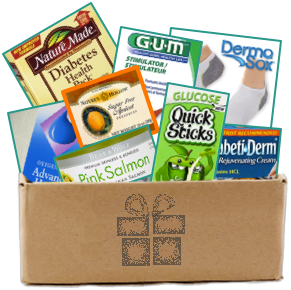 “That would be excellent,” he said. “All of these companies just want to make a better product.”

The boxes would be ideally subsidized by the companies, which would essentially use Better Health Box as a marketing and testing platform. Slage said these companies already spend millions of dollars just to get people to try their samples.

Before he can offer unpaid subscriptions, however, he knows the company has to grow. He just listed Better Health Box on AngelList and he said he’s seeking $250,000 in funding for marketing and expansion.

“I think we have the model down and we have the partnerships in place,” he said. “We need to scale up. The $250,000 would help it grow out of my living room.”