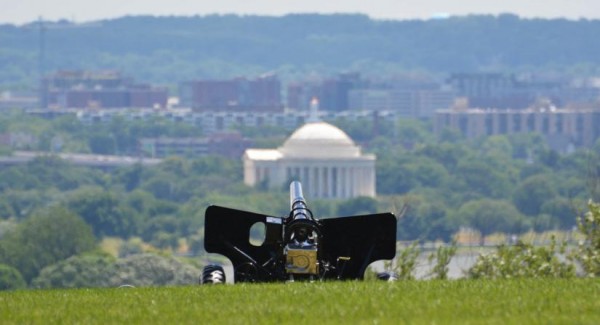 Tips for Staying Cool — The temperature today and tomorrow (Tuesday) is expected to reach the mid-to-upper 90s. To help beat the heat, Arlington County has a list of “hot weather tips for staying cool,” including tips and resources for people and pets. [Arlington County]

Arlington Man Found Dead in D.C. — Arlington resident Michael Hrizuk, 57, was found dead on the ground near Wisconsin Avenue NW in the Glover Park neighborhood last month. The Metropolitan Police Department has not yet determined the manner and cause of Hrizuk’s death and is continuing to investigate the incident. [WUSA 9]

Arlington Hailed as ‘Suburb of the Future’ — Arlington has been transformed from a “sleepy suburb” into a “mid-size city” but has managed to reduce the volume of traffic on main streets, according to an article entitled “The Suburb of the Future is Here.” Says Brookings Institution fellow Christopher Leinberger: “Arlington is the most important suburban place in the country… If you don’t understand Arlington, you don’t understand the future of the country.” [Salon]

O.A.R. to Play Clarendon Ballroom — Rock band O.A.R., which hails from Rockville but has enjoyed national success, will play a private acoustic show at the Clarendon Ballroom on July 17. Tickets to the performance are only available via an ongoing, on-air contest on radio stations 94.7 Fresh FM and 106.7 The Fan. The band recently released its eighth studio album, The Rockville LP. [94.7 Fresh FM]