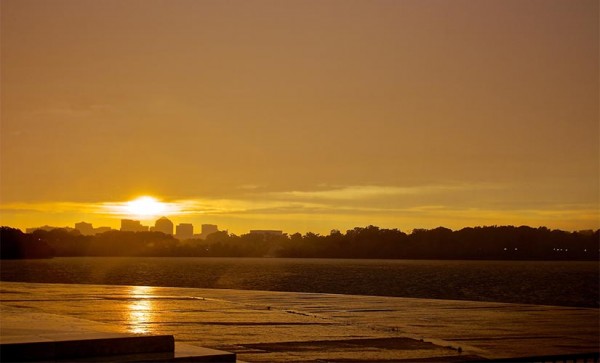 County Official: I-66 Doesn’t Need More Lanes — Arlington County officials have repeatedly expressed opposition to widening I-66 inside the Beltway. Now one county official is even decrying a proposal to add lanes to I-66 outside of the Beltway. Arlington County Commuter Services chief Chris Hamilton says the plans “are not only maddening, but they fly in the face of everything we’ve learned about induced demand… it’s impossible to build ourselves out of congestion because the roads themselves cause traffic.” [Mobility Lab]

ACPD to Hold ‘Chief-for-the-Day’ Contest — The Arlington County Police Department is holding an essay contest for children ages 8-12. The kid who submits the best answer to the question “what does it mean to be a police officer?” will be named “chief-for-the-day.” The winner will be “picked up at his or her house on August 5, 2014 by a patrol car and driven to the ACPD to spend the day involved in fun filled activities.” [Arlington County]

Arlington Native Goes to China, Voices TV Show — Yorktown High School grad Emily Jeffers wasn’t sure about what exactly she wanted to do for work when she traveled to China on a one-way ticket and a tourist visa. Eventually, she found employment dubbing a state-produced Chinese sitcom into English for syndication on South African TV. [InsideNova]