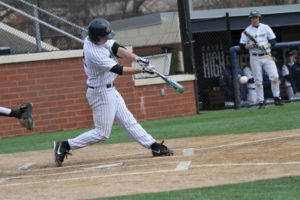 The Atlantic 10 baseball championship will be held at Arlington’s Barcroft Park next year.

The park, at 4200 S. Four Mile Run Drive, is the home field for the baseball team of George Washington University, an A-10 school. The university announced the news earlier this week.

Barcroft Park underwent a $3 million renovation two years ago that upgraded it to a Division I-caliber field. The renovation included expanding the field’s dugouts and adding bullpens, batting cages and artificial turf. Barcroft Park is now “one of the top collegiate facilities in the region,” according to a GW press release.

Next year will be the first time the Colonials host an A-10 championship, although the team won four past championships and competed at the event in 2013 in Charlotte, N.C. GW has played at Barcroft Park since 1993, and has compiled a 331-230-1 record over 23 seasons, the press release said.