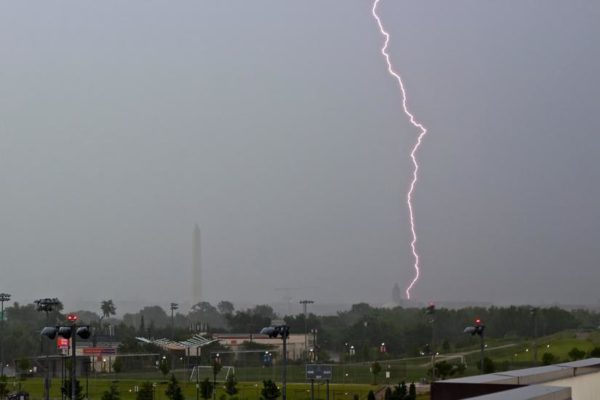 NBC4 ‘Celebrates’ Arlington — NBC4 reporter Angie Goff anchored a series of segments about Arlington this morning. Goff broadcast live from Bob & Edith’s Diner on Columbia Pike, and had a number of on-air guests. One segment — “celebrating romance in Arlington” — featured a bartender from Carpool in Ballston, County Board Vice Chair Mary Hynes and a rousing game of cornhole. [NBC Washington]

Neighbors Remember Boy Killed By Car — Neighbors are remembering 8-year-old Ashlawn Elementary School student Eli Sachar, who was killed over the weekend when he and other family members were struck by a car in a suburb of Cleveland, Ohio. No charges have been filed against the driver so far, though the crash remains under investigation. [WJLA]

Arlington Teens Injured in Charlottesville Stabbing — Two 19-year-old men from Arlington were stabbed in Charlottesville Saturday night. The victims were both visiting friends at UVA for the weekend. A witness said the incident started when someone threw a beer can in the direction of the two suspects. [NBC 29]

Bus Lights Bush on Fire — Firefighters responded to the Exxon station at the corner of Wilson Blvd and N. Rhodes Street in Rosslyn yesterday for a report of a bush on fire. The fire was quickly extinguished, though a section of bush was denuded by the combination of flames and high water pressure. The fire was caused when a bus backed into the bush and the heat from the engine caused the shrubbery to combust. [Twitter]