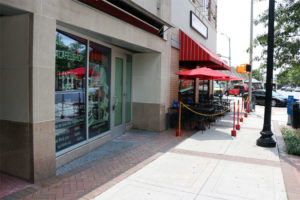 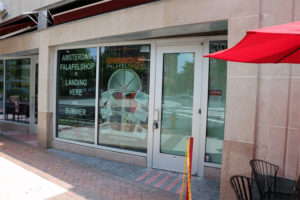 Amsterdam Falafelshop, the local falafel and “Dutch fries” chain, is planning to open its Clarendon location by the end of September.

Amsterdam Falafelshop announced in April it would be moving into the former BGR: The Burger Joint space next to Hard Times Café at 3024 Wilson Blvd. Franchise owner David Rosenstein — who also owns a dozen D.C. area Popeye’s franchises — planned a mid-summer opening, but as is the case with many restaurant build-outs, it has taken longer than expected.