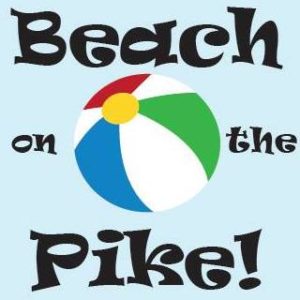 Even though school is open and traffic is back up to nightmarish levels, summer isn’t officially over until the autumnal equinox on Sept. 23.

To celebrate the dwindling days of the season, the Columbia Pike Revitalization Organization and Trinity Episcopal Church are hosting “Beach on the Pike” on Saturday (Sept. 13), a day-and-night-long, beach-themed event around Penrose Square, at the intersection of S. Barton Street and the Pike.

The festivities kick off at 8:30 a.m., with registration for Bike to the Beach, which starts at 9:30 and takes cyclists throughout the Penrose and Arlington Heights neighborhoods. Events then continue on until well after midnight.

From 10:00 a.m. to 3:00 p.m., four Pike restaurants — RedRocks, Taqueria Poblano, P. Brennan’s and Twisted Vines — will be hosting “Brunch on the Beach.” The restaurants will be offering their normal brunch menus, but 10 percent of the proceeds will go to benefit the Arlington Free Clinic and the Northern Virginia branch of the Samaritan Ministry. Parties with six or more at the restaurants will get free leis.

Starting at 4:30 p.m., the real beach-themed events get started on the square. Live music from local band Nick, Ian and the Machine, demonstrations for children, games, and beach balls will accompany a beer and wine garden in front of RedRocks, with 9th Road S. closed for the day to give the feel of a block party, according to event organizer Denese Canedo.

During the festivities, Taqueria Poblano and L.A. Bar and Grill will be selling boxes of food for $8 a piece, and a dollar from each box will also be going to the two charities.

“There are a lot of free activities and things to enjoy,” Canedo, a member of Trinity, said. “We wanted opportunities for people to not just spend and help us raise funds, but just to come out and enjoy.”

At 7:30 p.m. CPRO will show the movie “A Shark Tale” outdoors at Penrose Square. After the movie, at 9:30 p.m., RedRocks takes over with Beach On the Rocks, a continuation of the block party, with more live music, drinks and dancing. That event is scheduled to go until 2:00 a.m., according to the Facebook page.

CPRO won’t be trucking in sand to create a faux beach at Penrose Square, but attendees are encouraged to wear Hawaiian shirts and other beach-y attire to set the mood.