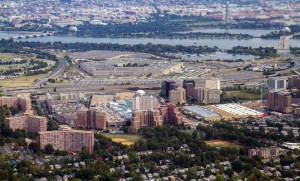 Another study has been released showing that Arlington is the top destination for young professionals to live in the country.

According to RealtyTrac, a real estate data and information website, Arlington’s millennial population has increased 82 percent from 2007-2013, the highest rate in the country over that timespan. The data comes from an analysis of U.S. Census data from 1,800 counties nationwide.

Alexandria ranks second in the list in millennial growth rate, at 81 percent, ahead of New Orleans and San Francisco.

“Naturally, millennials are attracted to markets with good job prospects and low unemployment but that tend to have high rental rates and high home price appreciation,” RealtyTrac Vice President Daren Blomquist said on the company’s website.

RealtyTrac said Arlington’s unemployment rate of 3.2 percent, a little more than half of the national 6.1 percent rate. Arlington also topped the list in terms of percentage of the population made up of millennials, at 39 percent, and its median home price, $505,000, was third behind San Francisco ($950,000) and Manhattan in New York City ($850,000).

This ranking follows two Arlington ZIP codes ranking as the top two for millennials in the country and Clarendon being called the “best neighborhood for millennials” in the D.C. area, both released this year.