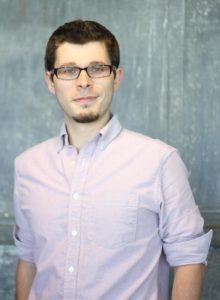 When the 8th Congressional District first sent Alexandria Mayor Jim Moran to Congress in 1990, Arlington could count the population of young people in single-digit percentages. Nearly a quarter century later, nearly half of our population is between the ages of 18 and 36.

That’s the main finding of a study on young professionals in Arlington released by Arlington Economic Development and based on research questions developed by Southeastern Institute of Research.

But there’s much more to the story of Arlington’s young taxpayers — this influx brings a host of opportunities and challenges for defining the Arlington of the future.

It’s no secret that young people come to Arlington because of our low unemployment rate in a competitive job market. We draw some of the most educated, accomplished young professionals in the country into private sector and government service. We also offer a county that prioritizes green space, walkability, safety and ease of transportation in return. It’s a compelling offer, and one of the reasons I chose to pursue my college work in Northern Virginia nearly a decade ago.

The County Board deserves credit for the long-term plan that built Arlington into a destination for talented, next-generation employees able to contribute to Arlington’s economic vitality. As the “millennials” study shows, the R-B Corridor is a focal point for young professionals interested in dining and nightlife.

What the report doesn’t say is that public planning decades in the making built the R-B Corridor into a mixed-use, open space that serves as a social hub for our young community and creates a strong tax base that helps protect neighborhoods and social services.

The initial Arlington draw may be about well-paying jobs and a safe, well-planned community, but intangibles keep young people around. Many young people learn the value of Arlington’s neighborhoods and their importance to our future. We see young people hoping to build up the resources to buy a home in Arlington and to consider putting down roots and starting a family.

This does not happen by accident. Arlington County has found ways to involve young professionals meaningfully in the mechanisms of managing a municipal space. Our County boards and commissions are dotted with young faces new to policy alongside those longer-term residents who have helped build Arlington into a modern magnet for growth. Institutional knowledge isn’t hoarded — it’s shared between generations to develop new and capable civic leaders.

That extends to our politics as well. I have the privilege of serving as President of the Arlington Young Democrats and working with some of the most intelligent, focused young people I’ve ever met. They’re interested not just in winning elections, but in doing good for Arlington County and shaping the dialogue around what our home will be in years to come. They hope that the county will not retreat from the sound policies that have made Arlington such an attractive place to live for people of all ages.

It is also a privilege to compete respectfully with my counterpart in the Arlington Falls Church Young Republicans, Matthew Hurtt. While we don’t agree on every policy or proposal, our shared hope for Arlington’s continued success breeds a mutual respect often lacking in other communities.

The Arlington Economic Development study shows that the new crop of young professionals wants to help build a community where we can raise a family, contribute to the public discourse and work with our friends and neighbors.

There are real challenges. Affordable housing, although a priority of the County Board, remains a sticky proposition in an area where so many want to live in an area so small. Although we’ve made great strides in board and commission representation, it remains a struggle for young professionals to make the case to older generations of leadership of the need for continuing the progress they built up through generations of inclusion, innovation and investment. I’m proud that in Arlington, we’re developing frameworks to ease these conflicts.

It’s a great time to be a young professional in Arlington County. If current demographic trends continue, young people will represent over half of the County population within the next five to seven years. But don’t expect Arlington to be consumed by bar crawls and “bros” — we’re here to create positive change in a community that has embraced progress over time and a place we love to call home.

And besides, most of those bar crawlers are from Georgetown.

Max Burns is the President of the Arlington Young Democrats and a member of the Sorensen Institute Political Leaders Program Class of 2014.