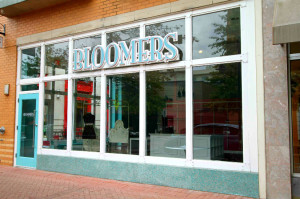 Anyone who wants to pick up some ladies’ undergarments and loungewear will have to look somewhere other than Bloomers in Shirlington. The store at 4150 Campbell Avenue has closed its doors for good.

When ARLnow.com stopped by today, the store had been cleared out except for some display cases and mannequins. It’s unclear exactly why the store shut, but an employee speculated it might have been a lack of foot traffic. The original store in Old Town Alexandria will remain open.

Bloomers had been in Shirlington since January 2012. A representative for The Village at Shirlington was not able to give any clues as to what might move into the former Bloomers space.