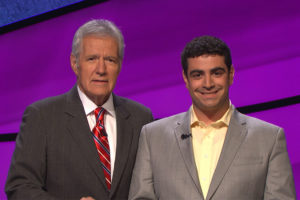 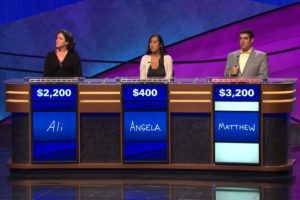 A digital consultant in Arlington will be giving answers in the form of questions on national television tonight.

Matthew LaMagna will be on Jeopardy! tonight on WJLA (channel 7 for Comcast subscribers) at 7:30 p.m. LaMagna works as a data science and research manager for Targeted Victory, a campaign consultant firm.

On LaMagna’s company biography page, he claims to have “a near-encyclopedic memory of 80s and 90s song lyrics, which helps him to win numerous rounds of pub quiz throughout the Washington metropolitan area.” He’s a Georgetown graduate and a native of Freehold, N.J., almost 50 miles south of Hoboken.

LaMagna is far from the first Arlington resident to compete on Jeopardy! in recent years. One woman, Liz Murphy, advanced to the semifinals of the Tournament of Champions in 2010. Lawyer Melissa Jurgens competed on the game show last year.