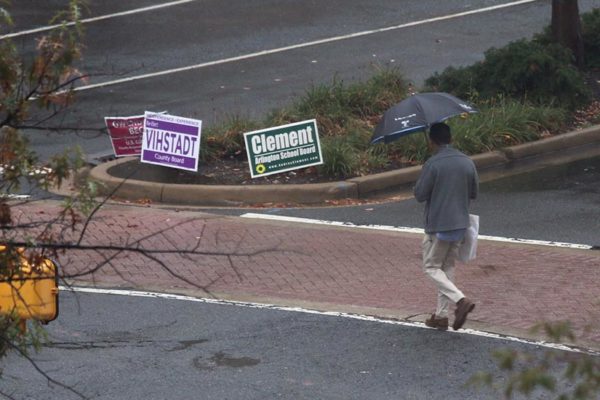 Tree Predicts Cold Winter — Local folklore holds that the seeds of the American Persimmon tree can predict how harsh the coming winter will be. According to Arlington County naturalist Alonso Abugattas, the seeds are predicting an especially cold winter. [Arlington County]

Security Stepped Up at Tomb — The military increased security at the Tomb of the Unknowns yesterday following the fatal shooting at the Canadian war memorial in Ottawa. [WJLA]

Lane Closures on GW Parkway — Between 9:30 a.m. and 2:45 p.m. today, a northbound and a southbound lane of the GW Parkway will be closed in the area of the Yellow Line Metro bridge, for underside inspection of the bridge.

Arlington Arby’s Sells Smaller Smalls — The Arby’s restaurant at Ballston Common Mall — and elsewhere, apparently — sells small fountain beverages that are labeled on the outside as “22 oz.” but which actually hold only 21 ounces of liquid. [Consumerist]