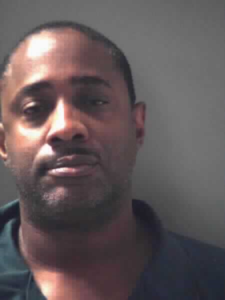 A man has been arrested in connection with at least three bank robberies, including one in Arlington and another in Falls Church.

James robbed a Wells Fargo Bank in Rockville, then tried to take a taxi to D.C., according to a police press release. Montgomery County officers were able to locate the cab and take James into custody without incident. Police say they recovered the stolen cash in the taxi.