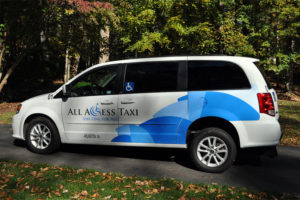 County Manager Barbara Donnellan has changed her mind and is now recommending the Arlington County Board approve licenses for 40 new, wheelchair accessible cabs.

Donnellan said in a memorandum in July she would recommend issuing no new taxi licenses in the county. But when the Accessibility Subcommittee of the Transit Advisory Committee took up the issue in September, it found that there was a need the county had not adequately addressed.

“[The subcommittee] that the low level of taxi complaints reported in the 2014 Certificate Determination Report was not a meaningful measure to determine the amount of accessible taxis needed,” Donnellan’s memorandum, issued earlier this month, states. “Since taxi dispatchers are informing callers that a three-hour wait is required for an accessible taxicab ride, customers are unlikely to complain to the County or request a same-day accessible taxi trip in the future.” 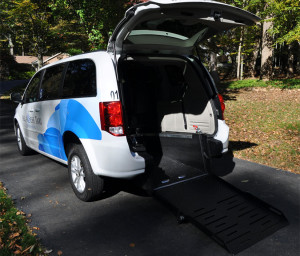 “Sixty wheelchair accessible taxis in Arlington County would maximize service to this underserved population by providing 2 taxis per square mile,” Piché said in a press release. “This will allow the population of disabled individuals to receive spontaneous service for the first time in history. The days of having to call more than 24 hours ahead, or waiting over 3 hours for an accessible taxi after a spontaneous call will be a thing of the past with our 60 taxi accessible fleet.”

According to the county report, the need for accessible services is increasing in Arlington. Arlington’s STAR program and MetroAccess — two public paratransit services — have seen their registrations in Arlington increase 26 percent in the last two years, the memorandum states. Both services use cabs when they don’t have other vehicles available, and there have been more reported late pickups among Arlington STAR riders from March to June this year than during any period since March 2011.

The new taxi license recommendation will go before the county’s Transportation Commission on Thursday, and hopes to see a larger number approved by the County Board when the matter goes before them in December. If approved, accessible cabs will make up 9.3 percent of the county’s taxi fleet, up from the current level of 4.7 percent.