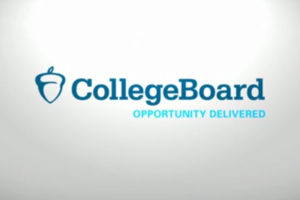 A senior at Washington-Lee High School will have to retake the SATs after the College Board — the company that administers the college entrance exam — reportedly canceled his score under circumstances his mother is describing as “deeply frustrating.”

Gabriel Crittenden-Toth took the test last month, had finished it and given it to the proctor at W-L when he “instinctively reached for his phone in his pocket,” which was turned off, Melissa Crittenden, Gabriel’s mother, wrote in an email. Despite the fact that the phone was off and his test was over, the proctor reported the incident to the College Board, she said.

Gabriel was allowed to leave and was informed by the counselor that this was just a formality and that his test scores wouldn’t be affected […] Today we discovered that because the report was filed and it involved a cell phone, his scores were invalidated. I called the College Board to appeal the decision. The fact that my son may potentially be denied the opportunity to apply for early decision college applications, because he instinctively reached for his phone at the wrong time and is being penalized for that by the College Board, is deeply frustrating. They didn’t investigate the circumstances of the ‘irregularity’ and instead choose to simply cancel his scores and jeopardize his college application process.

In subsequent emails, Crittenden said the College Board employee handling her son’s case told her to “get over it,” said “it’s really not that big of a deal,” and “We aren’t interested in talking to anyone. We made our decision. What makes him think he can bring a phone in when it says right on the ticket for him to leave his phone home!”

Retaking the exam costs $52.50, but more important is the $2,500 test prep course Gabriel took, which will be months in the past by the time he can retake the exam. Crittenden said the counselor at W-L was “deeply upset” by the College Board’s decision, but since the test had already been completed and collected, “it would have been sufficient to ask the boys to put their phones away.”

“In many ways I do feel like that was an an abuse of authority while I do understand they thought they were simply doing their jobs,” she said. “Please alert other parents and teens so that they can avoid this unnecessary situation. ”

Requests for comment from College Board have not been returned.

Image via College Board