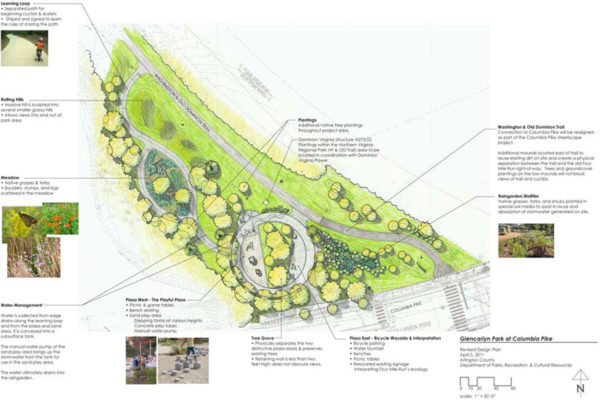 The southern end of Glencarlyn Park — next to the intersection of the W&OD Trail and Columbia Pike — could soon see major improvements, like a “learning loop” path for beginning cyclists and a bike repair station.

At its Saturday meeting, the Arlington County Board will vote on whether to approve a $395,930 contract for the park improvements, with a $39,593 contingency. The improvements were approved by the County Board back in 2009 as part of the Neighborhood Conservation Program for the Barcroft Civic Association, but the project has been delayed to accommodate the Columbia Pike Undergrounding and Streetscape Improvements project. 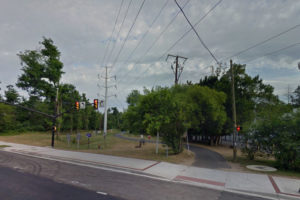 If the Board approves the contract with Avon Corporation, construction could begin shortly thereafter. When completed, the new portion of the park would have:

The original cost of the park renovations was projected to be $468,000, but in the five years since its approval, the total price tag has jumped to just over $680,000, including the need to install a new sewer after it was revealed the existing line was deteriorating.

The difference is being accounted for with savings from previously completed Neighborhood Conservation projects that came in under budget, according to county staff.