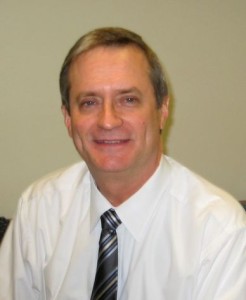 Arlington’s department of Community Planning, Housing and Development will have a new director after Robert Brosnan, who has been director since 2011, retires in March.

Replacing Brosnan will be Steven Cover, who comes from Madison, Wisconsin, where he was the director of planning and community and economic development. He had served in the position since 2011. Madison is home to the University of Wisconsin-Madison and the Outback Bowl-winning Badgers.

(In 2012, under Cover’s watch, Madison was named the best college football town in the country by USA Today.)

“Steven is a great addition to our team,” Arlington County Manager Barbara Donnellan said in a news release. “His long and successful career in local government makes him the ideal choice to lead CPHD, a key department responsible for turning the County’s Smart Growth vision into reality.”

Brosnan had served as the county’s planning director since 1988 before being named the head of CPHD. Brosnan will stay on an additional six months “aid with the transition and to work on a special project for [Donnellan],” county spokeswoman Mary Curtius told ARLnow.com. When asked if she could clarify what special project Brosnan would work on, Curtius said “not at this time.”

Before Madison, Cover had worked heading the planning department in Atlanta, Ga., and in Anne Arundel County, Md. Before entering public service, Cover worked as an architect.