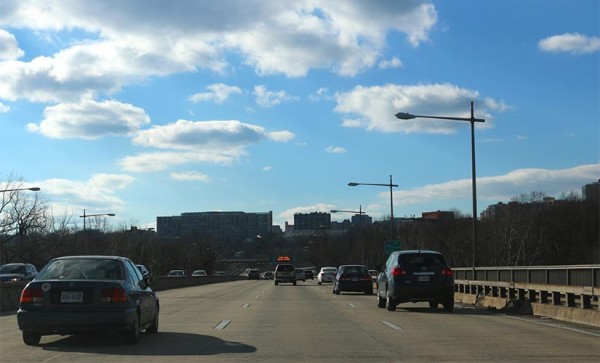 Fire Victim Identified — The victim of Thursday’s fatal house fire on S. Randolph Street has been identified. Family and friends said 73-year-old Dennis Lee was a retired contractor, a longtime Dallas Cowboys fan and a member of the local American Legion post. He died from smoke inhalation. In the wake of his death, firefighters plan to canvass Lee’s neighborhood to test and distribute smoke detectors. [NBC Washington – Warning: Auto-play video]

Preserving H-B’s Walls — The walls of the H-B Woodlawn secondary program are covered with more than 2,000 inscriptions from past graduating classes. School officials are considering ways to digitally preserve the painted walls when the program moves to Rosslyn in five years. [Falls Church News-Press]

Historic Designation for Wilson School? — Despite opposition from school officials, the county’s Historic Affairs and Landmark Review Board voted unanimously on Wednesday to recommend a local historic district designation for the Wilson School in Rosslyn. The Wilson School is the second-oldest school in Arlington and preservationists are trying to save it from being razed to make way for a larger building that will house the H-B Woodlawn program. [InsideNova]

Alexandria Has School Issues, Too — Like Arlington, neighboring Alexandria is also facing a school budget deficit and rising enrollment. Another issue facing Alexandria: competing with Arlington for teachers. Arlington’s average teacher salary is $76,892, compared to $73,612 in Alexandria. [Alexandria Times]

Destroyed N.J. Apartment Has Arlington Connection — The New Jersey apartment complex that burned to the ground, leaving hundreds homeless, is owned by Arlington-based AvalonBay Communities. The $80 million apartment complex was made from wood construction, which caused it to burn too quickly for firefighters to get it under control. [Bloomberg]