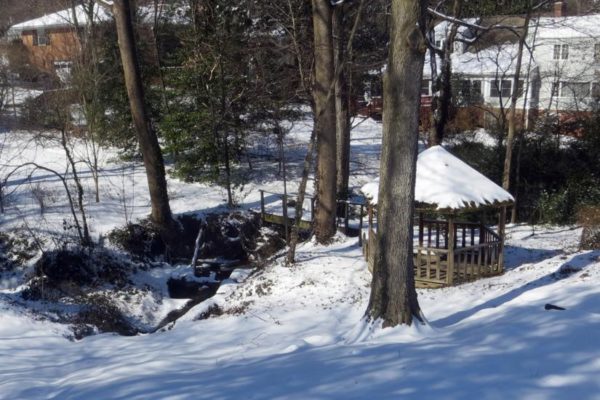 New Gymnastics, Aquatics Fee Structure — In her FY 2016 budget, County Manager Barbara Donnellan is proposing a new fee structure for gymnastics and aquatics teams. The fees will recover “no more than 100 percent of direct costs,” and would be a savings of around 15 percent compared to the current fees. [Arlington County]

Tighter Security at Fort Myer — Some bicyclists are worried that tighter security measures put in place this week at Fort Myer will limit non-military personnel from accessing the base. Cyclists often use Fort Myer to travel safely between south Arlington and north Arlington without having to ride on Columbia Pike. Arlington County, meanwhile, has been working on some trail projects that would make north-to-south and south-to-north bike travel safer. [Greater Greater Washington]

Goldstein Announces School Board Run — Reid Goldstein has announced that he’s running for Arlington School Board. Goldstein, a “longtime Arlington schools, County and neighborhood advocate,” will seek the seat of the retiring Abby Raphael. “We must be honest and diligent stewards of our community’s money and trust as we work to preserve and improve the high quality of Arlington’s schools, even as enrollment increases,” Goldstein said in a press release.

National Airport Hits Passenger Record — Reagan National Airport set a new record for passenger traffic in 2014. Some 20.8 million passengers used Reagan last year, a 2 percent increase. With traffic decreasing at Dulles International, MWAA plans to share as much as $300 million in revenue from Reagan to Dulles over a 10 year span. [Washington Business Journal]