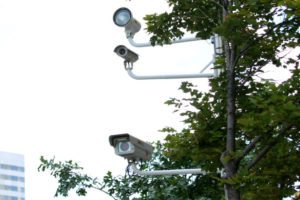 ACPD announced the new cameras in a press release late Friday afternoon, saying they will be installed “in the near future” and, when installed, they would be operational 24 hours a day.

Plans have been in the works for the cameras since March 2012. The cameras were reported delayed in June 2013, “still delayed” in October 2013 and “still in the works” in August 2014. The police department’s press release said “construction is expected to start” at Columbia Pike and S. George Mason Drive.

The cameras will be placed at the following intersections, according to ACPD:

The intersections were chosen, police said, based on accident rate, pedestrian safety, the rate of red light violations and the “ability of police to apprehend violators safely within a reasonable distance from the violation.”

Motorists photographed running a red light get a written warning for 30 days after the cameras are installed. After the month-long grace period, violators will receive a $50 citation, but not be assessed points on their driving records. There are already four red light cameras in Arlington — two on Lee Highway in Rosslyn, one at N. Glebe Road and Fairfax Drive in Ballston and one at Lee Highway and Washington Blvd in East Falls Church.

Those four cameras have issued almost 35,000 citations since they were installed in 2010. Per Virginia State Code, police are only allowed to place cameras at 10 intersections in the county at one time.