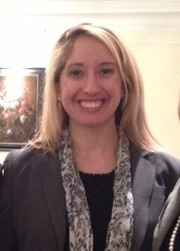 March 8 marked the observance of International Women’s Day and provided an opportunity to reflect on the progress we have made with regard to equal opportunities that help women and families get ahead.

While we have farther to go in promoting those goals, we are fortunate that we have, in Arlington, the momentum, resources, and leadership to continue making progress.

For example, we are fortunate to have members of the Arlington Commission on the Status of Women who are working to improve the lives of local women and families. The Commission has generated reports to promote options for affordable childcare, increased access to affordable housing, and more readily available information to help prevent and assist victims of sexual assault and domestic violence.

One place where we are in need of greater progress is in the General Assembly. Currently, only 13 percent of the members of the General Assembly are Democratic women. How to increase that number was a topic of much conversation at the annual Virginia Democratic Women’s Caucus breakfast held March 7 in Richmond.

Among the attendees in the room were Democratic women running for office this year as well as women and men ready to lend their support and help build the infrastructure needed to win key electoral seats across the Commonwealth.

One organization building that infrastructure is Emerge Virginia — a program working to empower and train smart, strong women on how to run for office and develop important leadership skills.

As someone who’s worked on statewide campaigns in Virginia in 2008, 2012 and 2013, I feel confident that voters in Virginia understand the importance of electing more Democratic women who they know will fight for their day-to-day issues such as universal access to pre-K education, equal pay for equal work, paid sick leave, and Medicaid expansion.

Fortunately, women we have elected to the General Assembly have been important to successful efforts to enact legislation in the 2015 session that protects and empowers women and families.

These efforts include passage of a bill to combat human trafficking that will result in stronger penalties for perpetrators and increased protections for child victims. Human trafficking is currently the second-fastest growing crime in the country, calculated to be the largest underground crime by 2050 if we don’t work harder now.

Additionally, mothers will now have the freedom to breastfeed in public. Previously, breast feeding was permitted only on property owned, leased or controlled by the Commonwealth, as well as inside private homes.

The General Assembly also passed legislation to combat sexual assault on campus. As a graduate of James Madison University, I am proud of our higher education system in Virginia. We have some of best universities in the nation.

Yet we know that sexual assault has no place on those campuses, or anywhere else for that matter. As passed, this legislation requires university employees to report acts of sexual violence to the campus Title IX coordinator, who will in turn report the information to a committee comprised of the coordinator, a law enforcement representative, and a student affairs representative. The team must then meet within 72 hours after receiving the information to determine if immediate disclosure to law enforcement is necessary to protect the survivor or the public.

Virginians also avoided a number of bills harmful to women, including a bill to ban abortion after 20 weeks in all circumstances. That bill was so flawed that it failed even to advance out of subcommittee in the Republican-controlled House of Delegates. It appears that Republican legislators now believe that Virginia voters do not want to support additional restrictions on the rights of women.

Hopefully, through the efforts of women candidates, organizations like Emerge Virginia, and enlightened General Assembly members, we will continue to see more bills supporting women and families and fewer bills restricting the rights of women. I feel confident that Virginia voters will respond favorably to such trends.

Michelle Woods is an awareness trainer on the issue of Human Trafficking through D.C. Stop Modern Day Slavery and the Women’s Caucus Chair of the Arlington Young Democrats.