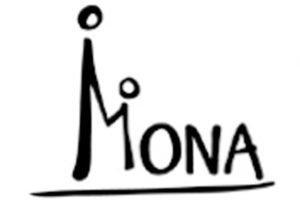 (Updated at 3:55 p.m.) The Mothers of North Arlington group is reverting to Yahoo! after a maligned platform shift last year, but the splinter group formed in the wake of the original change isn’t going anywhere.

Yesterday, MONA Co-Presidents Morgan Chinoy and M.K. Yeargin sent an email to their membership group announcing that the group would resume using two Yahoo! Groups for communication after switching to a system called MemberFuse last October. The co-presidents said that, in a poll of 900 of the group’s roughly 2,000 members, a majority voted to go back to Yahoo!.

“In light of the challenges over the past year, we look forward to a revitalized member community on the Yahoo groups,” the co-presidents said in an email to members, which ARLnow.com was forwarded. “Over 900 people voted in the poll, and the sheer number of responses, regardless of preference, is a testament to how important the message boards are to the MONA community.”

In response to last fall’s platform change, a separate Yahoo! Group formed: North Arlington Parents, or NAPping. MONA members disheartened by what they felt was a lack of consideration for the membership’s wishes splintered off, forming a free group — MONA costs $40 a year — with fewer restrictions.

“The MONA board has repeatedly shown indifference to its members’ opinions,” NAPping moderators said in an email. “Therefore, we don’t see any reason to abandon NAP in favor of something that could once again be taken away without regard to the members’ objections.”

On March 5, MONA leaders sent out the poll to its membership, saying “notification outages” had led many of its members to “feel disconnected from MONA as a result.” An anonymous tipster told ARLnow.com that the outages were just one source of frustration — the new platform “was very difficult to read and scroll through, you had to click on each message if you wanted to read it, taking a lot of time.”

The NAPping group said it pledged to “continue to be free” and “will continue to use Yahoo Groups for discussions as long as that service continues to be available.” The splinter group doesn’t organize playgroups, host speakers or socials like dues-based MONA does.

Chinoy and Yeargin have not responded to requests for comment. After the jump, you can read the emails MONA and NAPping sent to their memberships yesterday.

Here’s the email from MONA:

Thank you for participating in the recent MONA message board poll. Over 900 people voted in the poll, and the sheer number of responses, regardless of preference, is a testament to how important the message boards are to the MONA community. An engaged membership helps MONA continue to be an valuable community parenting resource. We are grateful to your participation.

The MONA membership has voted to return to the Yahoo groups, and we are now preparing for that transition. In light of the challenges over the past year, we look forward to a revitalized member community on the Yahoo groups.

We expect both MONA Yahoo Groups — Narlingtonmoms and MONAMarketplace — will resume operation this coming Saturday, March 28th. Here is what you can expect as we complete this transition:

In the meantime, the Memberfuse forums will remain open until everyone has had an opportunity to move over to the Yahoo groups.

Thank you in advance for your patience as we move through this transition. Please remember your MONA volunteers will be working hard to manage this transition. We promise we will respond to everyone’s requests for assistance as quickly as possible. In the meantime, if you have any questions, please feel free to email us at [email protected]

And here is the message from NAPping:

As you might have noticed, MONA has recently put out a survey to ask members whether they’d like to stay with the Memberfuse discussion board platform or move back to Yahoo Groups.

It’s certainly great to see that the dissatisfaction with the new MONA platform might finally lead to a change. But it took nearly a year to get to that concession in spite of countless members speaking out against leaving Yahoo Groups. Therefore even if MONA does return to Yahoo Groups, the NAP discussion board will remain and we hope you will too.

While MONA has strengths that NAP certainly cannot and will not replicate (playgroups, outings, speakers, community service events, etc.), we believe that NAP has it’s own strengths:

Furthermore, the MONA board has repeatedly shown indifference to its members’ opinions. Therefore, we don’t see any reason to abandon NAP in favor of something that could once again be taken away without regard to the members’ objections.

In hopes that those who’ve made this community so successful will also choose to stick around, we’re making the following pledges to the NAP community:

Changes to either of the above would only come about through the overwhelming majority preference of the members of the NAP discussion board as expressed in an open and transparent vote.

Thank you for making NAP a great community. We hope you’ll stick around and continue to help it grow no matter what the MONA board decides.