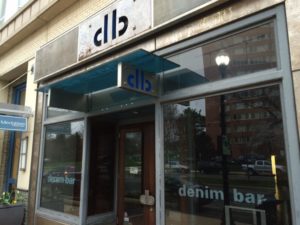 The Denim Bar, a store offering high-end jeans in a boutique setting, has closed on Pentagon Row.

The store’s Bethesda location had previously closed. After holding a 75 percent off “Everything Must Go” sale, the location at 1101 S. Joyce Street is now closed as well.

As of Thursday the interior of the store had been largely cleared out, although the storefront signage remained.

Other than the sale announcement on the store’s website, there was little fanfare around the closure. The Denim Bar’s Facebook and Twitter accounts have been inactive for months, its phone line has been disconnected and there was no sign announcing the closure on the store windows.