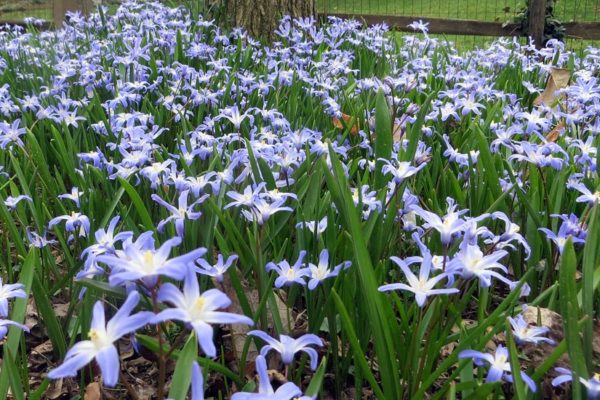 Dems Debate in Ballston — The six Democratic candidates for County Board faced off in their first debate last night, before a standing-room only crowd at the NRECA conference center in Ballston. The debate was held by Arlington Young Democrats. Though knowledgable about current issues facing Arlington, candidates were light on specifics about what should be done to address those issues. [InsideNova]

Caps Pep Rally at Elementary School — Third grade students at Carlin Springs Elementary School have won a contest to bring a Washington Capitals playoff pep rally to their school today. The rally will start at 12:30 p.m. “There won’t likely be any players, but it will be a great time for all,” a teacher tells ARLnow.com. “The kids will be getting prizes, pictures with Slapshot (the Caps’ mascot) and learning some hockey skills. The Caps are also donating equipment to the school.” [Washington Capitals]

Artisphere ‘Doomed from the Start’ — Artisphere, which is on the budgetary chopping block next week, was “doomed from the start,” according to the artistic director of a theatre company that was booted out of its space at the cultural center two years after it opened. An anonymous Artisphere employee said of the early, over-optimistic attendance and revenue projections: “All of those numbers were so completely false.” [Washington Post]

McAuliffe Signs Special Needs Bill in Arlington — On Tuesday, Gov. Terry McAuliffe came to Arlington to sign the ABLE Act, which will allow individuals with special needs, and their families, to set up tax-exempt accounts that will allow them to save for future living expenses. Virginia is the first state to enact such legislation, which received the blessing of the U.S. Congress in December. [WJLA]

Security of Va. Voting Machines Blasted — The touch screen voting machines now being replaced in Arlington and elsewhere in Virginia were “so easy to hack, it will take your breath away,” according to reports. [Ars Technica, The Guardian]