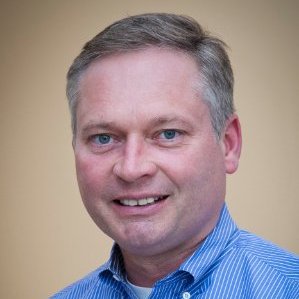 Michael McMenamin, the president of the Arlington County Civic Federation and a two-time Republican candidate for County Board, announced this morning that he’s running again, as an independent.

In a press release (below) McMenamin said his top priorities will be economic development, adding school capacity, replacing aging infrastructure and fiscal responsibility.

McMenamin, an attorney and owner of a consultancy firm, seems to be aiming to adopt the successful electoral strategy of County Board member John Vihstadt, who was active with the Arlington GOP before running for Board as an independent candidate. However, with the streetcar project canceled, Artisphere set to close and an independent auditor on the way, it’s unclear if McMenamin will be able to tap into the discontent that helped Vihstadt attract Democratic voters.

So far, the November general election for County Board is slated to include McMenamin and Audrey Clement, running as independents, and the two Democratic nominees, who will be chosen in a June 9 primary.

Today, Michael McMenamin, a 21-year county resident, long-time civic activist, and current President of the Arlington County Civic Federation, announced his candidacy for one of two vacant Arlington County Board seats as an Independent.

“Arlington continues to face deep challenges that will shape the direction of our county and our quality of life. We must have serious conversations regarding economic development, school capacity, community infrastructure, and budget priorities,” McMenamin said.

“I am a proven leader with a record of building coalitions and reaching consensus, which will bring the community together to address our challenges on day one,” McMenamin added.

McMenamin is a past member of the Arlington County Fiscal Affairs Advisory Committee, former President of the Maywood Community Association, and has coached county youth sports.

The Arlington County Civic Federation recently said of McMenamin that he is “a civic leader who has been respectful of every delegate’s point of view and has encouraged an inclusive, collaborative approach to the Federation’s business.” The Civic Federation lauded him saying “he carried us through two years of sometimes difficult community work and often times contentious Federation meetings.”

Of his experience leading the Civic Federation, McMenamin said, “My term confirmed my long-held belief that the issues at the county level are not partisan and that we find the best solutions and make the right decisions when we collaborate with our neighbors.”

McMenamin’s candidacy as an Independent is consistent with his goal of bringing a non-partisan, independent approach to the County Board.

“I am running because this year we need to elect a County Board member who is both knowledgeable on community issues and has proven his ability to forge a broad consensus. My priorities will be to create a more robust economic development effort, address school capacity issues, replace our aging infrastructure, and make sure the county board is a good steward of our money.

McMenamin is an Arlington County small business owner and telecommunications attorney who consults to the high-tech sector. He and his wife, Kristam, have two sons who have attended Arlington County Public Schools; his oldest is a graduate of Washington & Lee and his youngest son is a junior at HB Woodlawn.