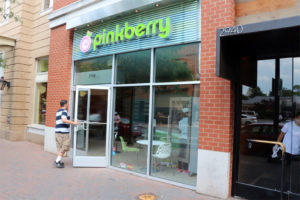 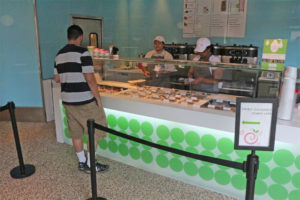 The California-based froyo chain closed its only Arlington location last December after its regional franchise owner filed for bankruptcy. The storefront, along with all the other locations in the D.C. area, was sold to a new franchisee at auction, according to store employees.

This afternoon, employees were restocking the shelves, but serving cups of chocolate hazelnut and cinnamon churro flavors, among others. Pinkberry rejoins FrozenYo in Rosslyn and Crystal City, Iceberry in Rosslyn, Menchie’s on Columbia Pike and Tutti Frutti in the Lee-Harrison Shopping Center in Arlington’s frozen yogurt shop inventory.