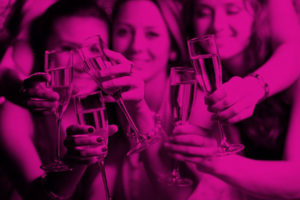 The Rosslyn Business Improvement District is holding its annual meeting tomorrow evening, but the event is being marketed as a social party with free-flowing booze and a DJ.

Called “City Social,” the annual meeting is at the CEB Waterview Conference Center (1919 N. Lynn Street) from 6:30 to 8:30 p.m. RSVPs for the event have closed.

The BID’s calling City Social its “annual party,” and will serve hors d’oevures alongside the open bar while Champion Superior Soundsystem spins its “vintage world funk” tunes. In the middle of the partying, six Rosslyn business leaders will take part in a panel discussion of the neighborhood.

“Our panel of Rosslyn heavyweights will loop you in on the the important synergy a neighborhood can create among the companies, employees and residents located there,” the event website reads, “from the access to talented people and one-of-a-kind views to the energy and buzz happening out there on the street, all of which will drive success for you and your company.”

There will also be prizes for attendees, including one-month memberships to OrangeTheory Fitness and Lava Barre, a 55-hour pass to Cove in Rosslyn and a gift certificate for a Rosslyn “staycation.”