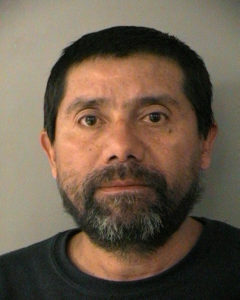 A man has been arrested and charged with touching a boy inappropriately in a restaurant bathroom.

Police say a boy entered the restaurant’s bathroom without parental accompaniment and was “pulled into a stall and touched inappropriately” by 53-year-old Cesar Muz-Moya.

Muz-Moya, of no fixed address, was arrested and charged with aggravated sexual battery and abduction. He was held without bond.

This is just the most recent brush with the law for Muz-Moya.

Earlier this year he was arrested for and later convicted of peeping through a woman’s bedroom window in the Ballston area. He was sentenced to two months in jail.

On May 11, Muz-Moya was arrested and charged with being drunk in public in Fairfax County. His next hearing date in that case is scheduled for August.