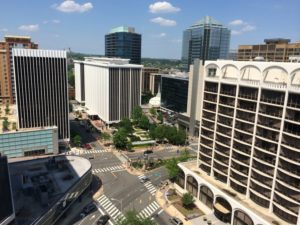 Arlington is the second best place to retire in the U.S., according to new rankings from Bankrate.com.

Arlington received kudos for low crime and above-average quality of health care, along with “great” resident well-being and area walkability. Taxes and weather were deemed “average” and the only negative mark on Arlington’s report card was a “very high” cost of living.

(Arlington was paired with Alexandria as a “city,” for the purposes of the rankings.)

The only place to best Arlington in the rankings was top-ranked Mesa and Phoenix, Arizona. New York City was ranked last, at No. 172, thanks in large part to a very high cost of living and tax burden.

Bankrate.com had the following to say about Arlington.

Typically associated with America’s most famous cemetery, retirees have more to do in Arlington than visit Civil War tombstones.

There are more than 100 miles of trails, bike lanes and routes throughout the city, so it’s not surprising that residents here embrace a healthy lifestyle and rank high on the wellness index.

Arlington has a low crime rate, and locals can get by without a car. Much of the city is walker-friendly, including areas like Crystal City, Rosslyn and Ballston. The city has ample public transportation, with a handful of metro stops in the area. Neighboring Alexandria is also friendly to walkers.

Virginia also has one of the better health care systems in the country. And when compared with the other states, Virginia’s tax rate is more favorable than the national average and falls below its higher-taxing neighbor, Washington, D.C.