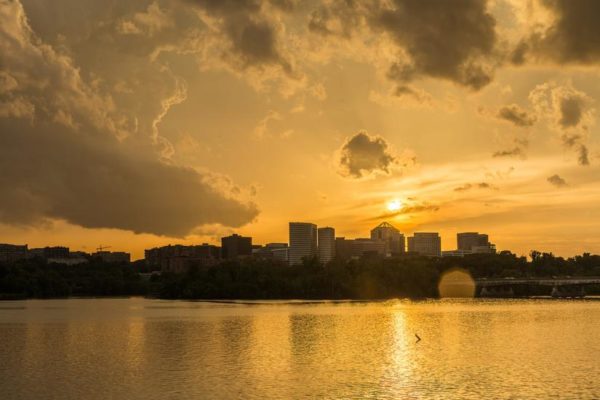 Janitors to Rally with Candidates in Ballston — About 150 part-time janitors will rally in Ballston this afternoon for a new union contract. The rally is scheduled for 4:00 p.m. in front of the National Science Foundation at 4201 Wilson Blvd. Democratic County Board candidates Katie Cristol and Christian Dorsey are expected to attend the rally to lend their support, according to a press release from the 32BJ SEIU union.

Arlington Man Killed in D.C. Pedestrian Crash — An Arlington man, 31-year-old George Mina, has died several days after being struck by a car on Wisconsin Avenue NW in D.C. Mina, a pediatric phlebotomist, was struck by the driver of a Jaguar while crossing Wisconsin at Veazy Street NW on June 10. A rally for pedestrian safety was held in the area last night, with advocates calling for D.C. to implement pedestrian safety measures currently in use in Arlington. [NBC Washington]

No Opponent for Commonwealth’s Attorney — A potential independent candidate for Arlington Commonwealth’s Attorney came up just a couple of verified petition signatures short of the 140 he needed to qualify for the ballot. Criminal defense attorney Frank Webb said he will drop his bid to get on the ballot. Incumbent Democrat Theo Stamos is now running unopposed. [InsideNova]