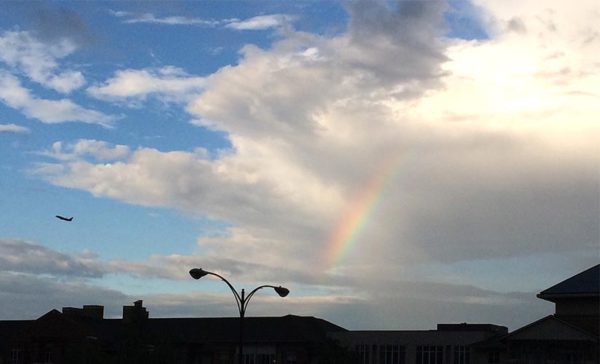 Young Republicans to Rally Against Sanders — The Arlington Falls Church Young Republicans will “welcome” Democratic presidential candidate Bernie Sanders to Ballston tonight with a “rally for limited government and free market ideals.” The rally will be held outside the National Rural Electrical Cooperative Association, where Sanders will be speaking. [Facebook]

Tree Down on Custis Trail — A tree is down across the Custis Trail near Cherrydale and the ponds, cyclists report. The tree came down following last night’s heavy rains. [BikeArlington Forum, Twitter]

Head of Ex-Offender Group Stepping Down — Gail Arnall, the head of Arlington-based Offender Aid Restoration, is leaving the group, but staying involved as a consultant. OAR helps ex-offenders readjust to life outside of prison. The group notes that it costs only $650 for them to help ex-cons re-integrate into society, while re-incarcerating them would cost $27,000 per year. [Washington Post]

New Clarendon Office Tenant — HDR Architecture has signed a 30,000 square foot lease for the recently-built office building at 3001 Washington Blvd in Clarendon. “Consolidating two existing regional offices into the new Clarendon facility, HDR will now be able to tap into the highly educated population for which Arlington County is well-reputed as well as avail itself of the well-situated project easily accessible via public transportation and multiple roadways and airports,” building owner Penzance said in a press release.