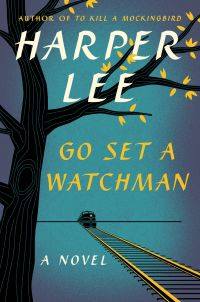 Arlington Public Library is getting ready for the literary equivalent of a new iPhone release or a summer blockbuster premiere.

“Go Set a Watchman,” author Harper Lee’s follow-up to the American classic “To Kill a Mockingbird,” is being released on Tuesday. Despite some mixed reviews, some 300 library patrons have already lined up — by placing holds at the circulation desk or online — to read about Scout’s return to Maycomb.

The library has 50 copies of the book, plus two copies in Spanish and eight audiobooks — which are all either at the library now or being delivered soon, according to spokesman Peter Golkin. It will also have eBook and eAudiobook copies via its Overdrive system, starting tomorrow.

Golkin said the library adjusted its orders in response to strong demand.

“There’s always strong demand for the latest titles by acclaimed authors like Donna Tartt and James Patterson and pretty much any name you see toward the top of the best-seller list,” he said. “But Harper Lee is a very special case, this being only her second book published and also because it involves the characters from her first. ‘Mockingbird’ is one of the most revered titles in American literature and also a classic film adaptation so the anticipation is certainly understandable.”