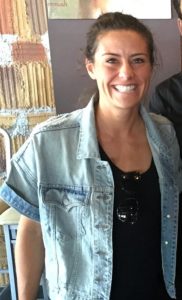 We’re told that Krieger will be holding a private rooftop bash for family and friends at Don Tito (3165 Wilson Blvd) on Sunday afternoon.

Born in Alexandria and raised in Dumfries, Krieger posted a photo of a Virginia welcome sign on Twitter Sunday, saying it was the “best feeling” to be home. That followed a ticker tape parade in New York City and an on-stage appearance at a Taylor Swift concert in New Jersey earlier that week.

Though not yet finalized, Krieger is likely to hold a meet and greet with fans at Don Tito between 4-5 p.m., according to Don Tito partner Scott Parker.