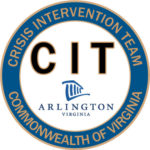 Arlington’s Department of Human Services will now be able to staff its Mental Health Crisis Intervention Center around the clock thanks to a state grant.

DHS received a $222,225 grant, from the Virginia Department of Behavioral Health and Development Services, to hire a mental health therapist and a human services specialist, according to a County Board report. The new positions will help keep the Crisis Intervention Center staffed 24 hours a day instead of having on-call staff, said Kurt Larrick, a spokesman with DHS.

“Live coverage is critical in providing individuals in mental health crisis with timely access to services, assessments and treatment, and it helps ensure that law enforcement officers are able to return to service in a timely manner,” according to the Board report.

Police officers will drop off people they suspect have serious mental illnesses at the Crisis Intervention Center, where staff can help connect them with needed services, helping those with possible mental illness to get help instead of jail time.

The center is part of the Crisis Intervention Team, a partnership between DHS and the Arlington County Police Department to help train officers in handling those with suspected mental illnesses and combating mental health stigma.

As of July 23, more than half of ACPD officers were trained to be part of CIT. The training also extends to airport and Pentagon police, as well as other police forces in Northern Virginia and D.C., according to the CIT website.

While CIT has received funding before, this time it had to apply for the grant, Larrick said.

“We have received funding support from the state for this program in the past, but in this instance it was a competitive grant for which we applied and were chosen based on the merits of our program,” he said.

The Crisis Intervention Center has already seen success. There was a 19 percent increase of people brought to the center instead of jail from 2012 to 2014, and the county saves about $5,620 per person with a serious mental illness by keeping them out of jail, according to the Board report.

“Allowing people with serious mental illness to receive treatment in the community as opposed to in a correctional setting, where they are unnecessarily criminalized, results in improved outcomes for the individual in crisis and significant cost savings,” according to the report.