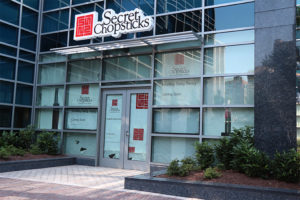 Secret Chopsticks, a contemporary Chinese restaurant in Rosslyn, may open its doors by the end of September.

The new restaurant, which sits along N. Fort Myer Drive on the lower ground floor of the Turnberry Towers building, is currently under construction, according to general manager Robin Li.

Construction and permit issues caused the restaurant to delay its opening, he said. It was originally planned to open last summer.

“Whatever they are cooking in China now, we are going to cook,” he said.

“There are a lot of differences between this restaurant and other Chinese restaurants,” he said.