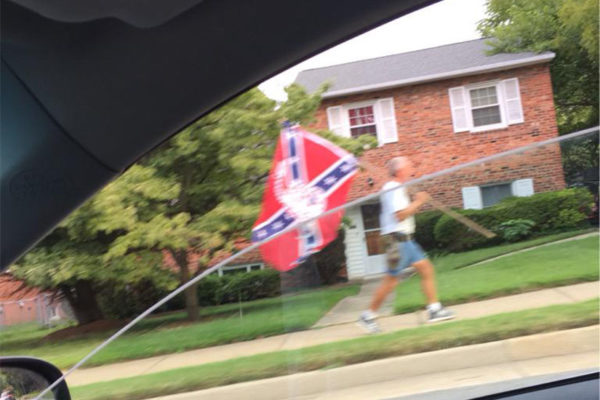 A man holding a Confederate flag was spotted marching down Lee Highway near East Falls Church this morning.

The above photo was taken near N. Sycamore Street around 8:00 a.m. A reader said the man was walking very deliberately down the street, with a Confederate flag that had the Gadsden flag’s “Don’t Tread On Me” snake in the middle.

“[He was] not yelling anything but [you] could tell he was walking with pride in his step,” said the reader.

At least one concerned resident called police to report the display, which is highly unusual for Arlington, but according to scanner traffic police determined that the man was exercising his First Amendment rights and not violating the law.