Monica Ten-Kate, a 21-year-old with ties to Fairlington, will make her big television debut tonight. 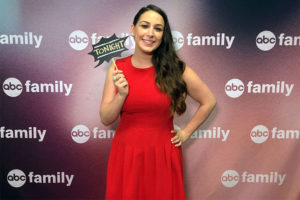 “Monica the Medium,” a new reality series on ABC Family starring Ten-Kate, will premiere tonight at 8 p.m. The show will follow Ten-Kate as she attends Penn State and navigates the pitfalls of dating, all while supposedly communing with her classmates’ dead relatives.

Ten-Kate graduated from Oakton High School in Fairfax County in 2012 but her business is registered to a Fairlington condo owned by her father.

Ten-Kate has been making the rounds promoting her series on this week on shows like The Insider and Access Hollywood Live.

Read more →
More Stories
Ask Will: How Do I Find a Space for My Business?New ‘Comfort Level Map’ Aims to Soothe Cyclists’ Nerves