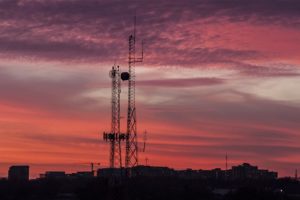 Update at 3:55 p.m. — Police radio channels appear to be back up and working properly.

This morning, as radio traffic increased, that interference got bad enough on the primary police channels for Arlington to implement its backup radio plan for the police department.

ACPD is currently “borrowing” a channel from Alexandria and Fairfax County for dispatches and communication. There has been no interruption in police service as a result of the switch, Crawford said.

“That’s the beauty of this radio system, it’s so robust that we all have spare radio channels that we can grab when needed and you never miss a beat,” said Crawford. “We haven’t lost anything.”

A contractor is currently working to resolve the problem and hopes to have the police radio channels back up by the end of the day, according to Crawford. The cause of the interference is believed to either be an illegal radio amplifier somewhere in the county or atmospheric interference.

The Arlington County Fire Department is still using its main radio channels without any issues.

Crawford said there have been other, recent instances of Arlington and other locales switching over to cross-jurisdictional backup channels without interruption.