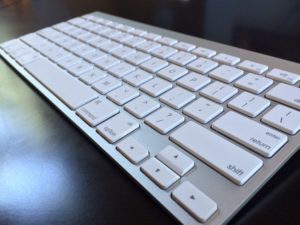 When we talk to ARLnow readers, they invariably bring up the comments section of the site.

Most people say they enjoy reading the comments, even though they might not agree with what’s being said. A vocal minority, however, say they dislike the comments — they don’t like the general tone and disagree with many viewpoints.

The one constant: everybody seems to have an opinion and no one can be dissuaded from reading the comments, even if they profess to not liking them.

ARLnow believes in giving readers a relatively open forum to discuss the news of the day. The comments are often a force for good: providing valuable tips, first person insights into breaking news and some useful corrections.

However, there are some unresolved issues with the comments: consistent negativity that’s not reflective of the views of the general populace, petty back-and-forth fighting that discourages substantive discussion and occasional comment spam.

One possible solution to these problems could be to require that commenters be registered in order to post comments. That would effectively shut out some trolls and spammers, while allowing us to more effectively manage and moderate comments.

(We are not considering shutting off the comments altogether. We believe that a reader dialogue about the news is a good thing, as long as discussions don’t get out of hand.)