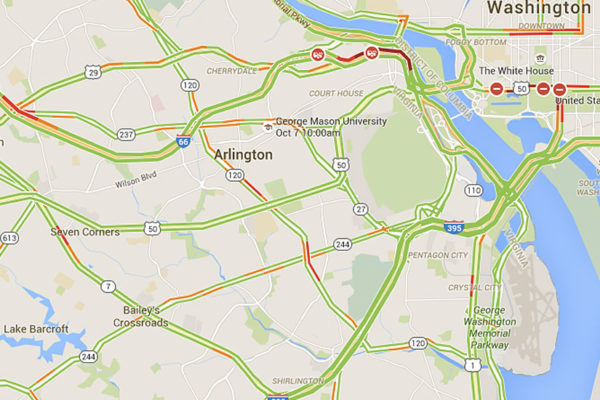 Fears of a traffic apocalypse as a result of Pope Francis’ visit were apparently unfounded.

Traffic on all highways in Arlington is flowing freely, with the possible exception of accident-related backups on westbound I-66.

The pope’s visit has closed a large swath of streets in downtown D.C., leading many to commute via Metro or telework.

Arlington County Police have warned of possible road closures in Rosslyn and Pentagon City if pedestrian traffic leaving the papal parade gets out of hand.