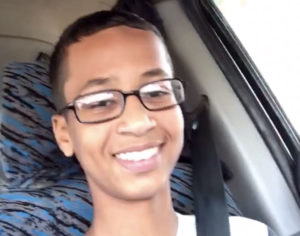 Ahmed Mohamed, the Irving, Texas teen whose arrest for bringing a “hoax bomb” to school became international news when it turned out it was just a science experiment, will be in Arlington tomorrow night.

Mohamed, 14, was arrested after be brought the homemade digital clock to school in a briefcase. Social media exploded with support for Mohamed after the story broke, with supporters saying that the arrest was an example of racial stereotyping.

The Dallas Morning News reports that Mohamed will be in Arlington Saturday night for a Council on American-Islamic Relations gala. The “Champions for Justice” fundraising banquet is being held at the Marriott Crystal Gateway in Crystal City, according to the CAIR website.

Mohamed is also scheduled to visit the White House on Monday, for the second White House Astronomy Night, the paper reports.