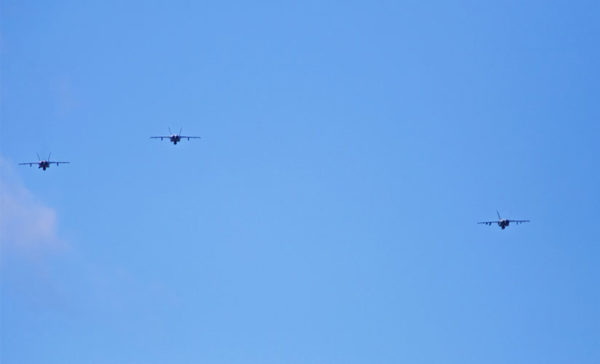 Arlington Man Arrested for Murder — A 51-year-old Arlington man has been arrested and charged in the strangulation death of a man in Martinsburg, West Virginia. The alleged crime happened Saturday afternoon. The suspect was arrested by U.S. Marshals and Arlington County Police in Arlington; we hear the arrest took place at a McDonald’s restaurant, but so far that has not been confirmed. [WHAG]

Couple Hopes to Find Owner of Lost Ring — A school custodian and his girlfriend are searching for the owner of a lost gold wedding ring. Dennis Avery found the ring in June following an event at Glebe Elementary School. The ring has engravings that offer clues as to who the owner may be, including a date and a pair of initials. [WJLA]

Part of Park Is Being Used for Parking — A portion of the 22-acre Jennie Dean Park along Four Mile Run near Shirlington is being used as a temporary parking lot for ART buses and vehicles from Shirlington-based public TV station WETA.County officials have promised residents that the portion of the park used will go back to being a park, but admitted they didn’t have any other good options for ART bus parking at the moment. [InsideNova]