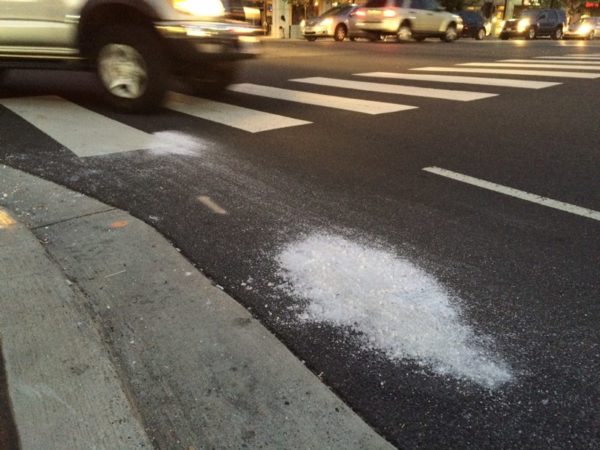 Sun Gazette Endorses McMenamin — The Arlington Sun Gazette has endorsed independent County Board candidate Mike McMenamin. The newspaper says McMenamin is “by far the most seasoned and well-rounded candidate in the race.” [InsideNova]

Airport Workers Protest for Living Wage — Airport workers who make as little as $6.75 per hour held a protest at Reagan National Airport with the local 32BJ SEIU union on Wednesday. Among those attending the rally were wheelchair attendants, janitors, cabin cleaners and baggage handlers. The protest was part of a nationwide campaign for a $15 per hour minimum wage for airport workers. [Washington Post]

Candidate Night at Aurora Hills — The Aurora Highlands, Arlington Ridge and Crystal City civic associations are jointly sponsoring a candidates night for Arlington County Board hopefuls tonight. The forum will start at 7 p.m. at the Aurora Hills Community Center. Development, including the proposed redevelopment of the RiverHouse property in Pentagon City, is expected to be a hot topic. [ARCA]

A Quick Note on Pageview Counts — As you might have noticed, we have eliminated pageview counts on most ARLnow articles. While this has been a feature for few years, recently it’s been buggy, slow to update and has frequently severely under-counted the actual number of views on an article. We’ll continue to show pageview counts to denote articles that are particularly “hot,” but take the numbers with a grain of salt.