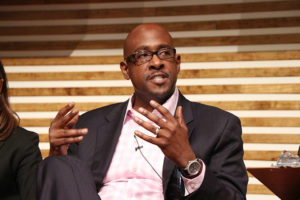 With only a few days to go until Tuesday’s election, the Arlington GOP and Democratic County Board candidate Christian Dorsey engaged in a press release skirmish Friday afternoon.

Today Matt Wavro, Chairman of the Arlington GOP filed a complaint with the State Board of Elections against Christian Dorsey and called on him to publicly apologize for misleading voters in telephone calls that hit voicemail inboxes and answering machines on Thursday.

A large number of Independent and Republican voters received a telephone call from Mr. Dorsey’s campaign reminding them to vote at their regular polling place “tomorrow” [October 30, 2015].  Election Day is Tuesday, November 3rd 2015.  “Misleading Independent and Republican voters, by asking them to vote on the wrong day of the election causes confusion, and ultimately can reduce voter turn-out,” said Wavro.

Chairman Wavro went on to add that “Christian Dorsey misleading Independent and Republican voters after supporting a frivolous complaint against one of his opponents at the direction of Democrat party bosses reached a new low in dirty politics and a new high in the amount of hypocrisy Democrats think voters will let them get away with.”  After all summarized Wavro, “Christian has run before and should know better.”

Voters should remember to vote for Independent Mike McMenamin on November 3rd at their regular voting place. Mike will do what is best for our neighborhoods and our community, not what party elites dictate.

Dorsey’s campaign responded with a statement of its own, acknowledging the erroneous robocall but saying it was the fault of a telecommunications vendor. Dorsey said, essentially, that Republicans were trying to gin up controversy about an honest and quickly corrected mistake.

“On the afternoon of Thursday, October 29th, an erroneous robocall was sent to a limited number of voters that included information about “tomorrow’s election.” The recording was mistakenly sent due to a software glitch from Robocent, Inc. They mistakenly used a recorded script set for Monday, rather than the script for Thursday. Their statement, taking full responsibility for this error, is attached.

“As soon as the error was brought to my attention, I immediately recorded a second call apologizing for the error, and clarifying that the election was on Tuesday, November 3rd. This apology and clarification call went to more phone numbers than those originally affected out of an abundance of caution to ensure we spread the message far and wide. The voice recording of this call can be found at the following link: https://api.twilio.com/2010-04-01/Accounts/AC2ba64a6ec3824a9da645efee9f7346d4/Recordings/RE0b9851617dca73a090d373c7811ea35b.mp3

“Furthermore, contrary to accusations made by the Republican Party, this call went to more than just Republicans. I believe that the job of County Board member involves representing all Arlingtonians, and not just those of a particular political party or set of beliefs. Unfortunately, the Arlington Republican Party seems to believe that elected officials should only talk to those who they always agree with. Voters should be cautious if this is what the Arlington GOP’s endorsed candidate, Mike McMenamin, also believes.

“Lastly, Republican GOP chair Matt Wavro claims that I did not respond to his email requesting an apology. Mr. Wavro’s email was sent to me at 1:23pm, and his press release accusing me of not responding was sent at 1:27pm. His accusation came only four minutes after he gave me the opportunity to respond. Matt Wavro and the Arlington Republican Party are the ones playing dirty, deceptive tricks in support of Mike McMenamin. I was in fact typing a response to Mr. Wavro when his press release was sent out.

“I strongly believe that our democracy functions best when more people participate. My entire campaign has been centered on the principles of responsiveness, inclusion, and transparency. That’s why I took quick, swift, and decisive action when a phone service company sent an erroneous call on my behalf. I apologize for any inconvenience that this caused the limited number of Arlington voters who received the original erroneous call.”

The controversy follows a Washington Post article that included allegations against Michael McMenamin, accusing his campaign of a commissioning a misleading telephone push poll.

Dorsey and McMenamin, along with Democrat Katie Cristol and independent Audrey Clement, are running for two open County Board seats.

END_OF_DOCUMENT_TOKEN_TO_BE_REPLACED

More Stories
Tomorrow: Halloween Cow Poop Contest in Lyon ParkWWBG: We All Pine for Some Alpine!