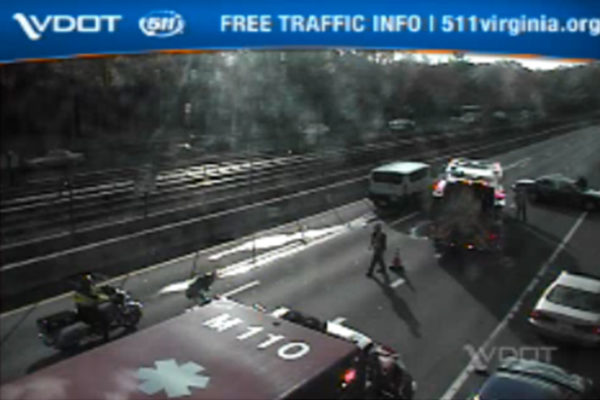 Update at 4:30 p.m. — The crashed vehicles are now on the right shoulder and two lanes of traffic are getting by. However, significant delays remain.

Update at 4:06 p.m. — One lane of traffic is now slowly squeezing by on the lefthand shoulder.

Earlier: The westbound lanes of I-66 are temporarily blocked due to a two-vehicle crash just past Glebe Road.

At least one non-life-threatening injury was reported and there appears to be some sort of a fluid spill on the highway at the crash scene.

Read more →
More Stories
WWBG: We All Pine for Some Alpine!JUST IN: Two Charged With Embezzling from Elementary School PTA