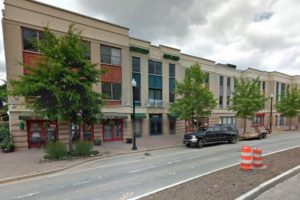 A new restaurant is planning a move to Lyon Park and prove its meatless burgers taste just like the real thing.

Alt’s Meat Alternative Food is slated to move to 2300 N Pershing Drive, according to a building permit filed with the County.

The permit is for renovation of 850 square feet of office space into a “fast casual restaurant” serving meatless burgers and other alternative foods.

According to the restaurant’s nascent website, Alt’s is where “people go to eat tasty burgers without the guilt.” It lists the bacon “Altburger” with cheese as a menu item with less than 350 calories and 25 grams of protein.

The permit does not specify when the interior renovation of the space will begin.

Representatives for the restaurant could not be immediately reached for comment.