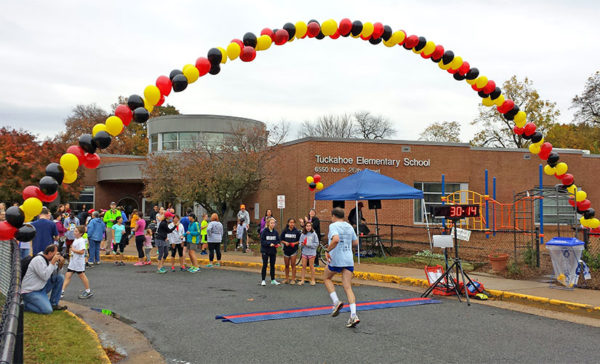 Wakefield Wins, Ends Undefeated in Conference — The Wakefield Warriors football team defeated the Lee Lancers 50-18 on Friday to finish the regular season 8-2 and undefeated in the Capitol Conference. Wakefield will play in the first round of the 5A North Region playoffs on Friday. [InsideNova]

W-L Makes Playoffs with Win Against Yorktown — The Washington-Lee Generals secured a playoff spot and a 5-5 season with a win against cross-county rival Yorktown on Friday. It wrapped up Yorktown’s first losing season since 1995. [Washington Post]

I-66 ‘Worst Damn Freeway in America’ — Traffic-clogged I-66 is the worst interstate highway in America, so says the website Thrillist, based on federal highway data. I-10 in New Orleans was ranked the second worst.  [Thrillist]

Arlington to Get Development Boost at Alexandria’s Expense? — After years of losing big office tenants to Alexandria, the economic tables may be turning for Arlington County. This month Alexandria elected a new mayor who ran on a mildly anti-development platform, while Arlington elected two new County Board members who spoke in favor of economic development efforts. [Bisnow]