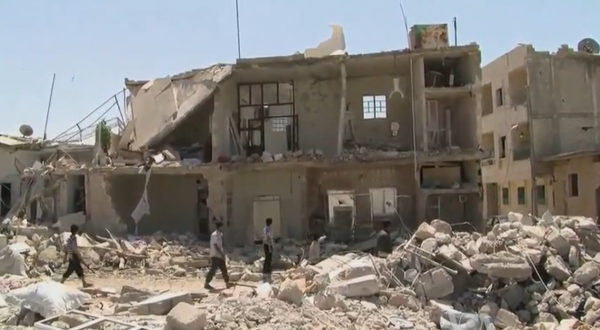 The reaction to the news that Arlington County is ready and willing to help resettle Syrian refugees was largely positive on social media.

Despite a mixed bag of comments, our post on Facebook garnered more than 600 likes, making this one of our most-liked stories of all time.

What do you think of the idea of bringing Syrian refugees to Arlington?

Our collective conscience has been shaken by both the refugee crisis resulting from the ongoing conflict in Syria and the terrorist attacks across the world that threaten the security of the United States and our allies. The ongoing debate regarding our country’s response to these issues at the federal, state and local level is an opportunity to demonstrate the true character of our nation. While local governments have no role in the refugee admissions process or relocation decisions, we feel compelled to lend our voice to this important discussion.

The County is no newcomer to refugee resettlement activity. Over the past four decades we have welcomed those fleeing the Vietnam war, civil wars in Central America, the Ethiopian/Eritrean conflicts and the Bosnian war. We have confidence that the federal process of application, screening, placement and resettlement coupled with partnership with our regional resettlement agency, Catholic Charities of the Diocese of Arlington, can once again lead to the successful integration of refugees into our community.

We firmly believe that responding to today’s urgent humanitarian crisis by serving as a new home for those seeking refuge is in keeping with both our nation’s tradition and with the Arlington County Board Resolution Supporting Arlington’s Newcomers, passed on September 18, 2007.

We support the need for strong security and screening reinforced by recent events, yet we are confident that America can continue to serve as a land of hope and opportunity that welcomes those seeking a better life for themselves and their loved ones while also ensuring our own security. In fact, the ideals and values upon which our nation was founded require it.