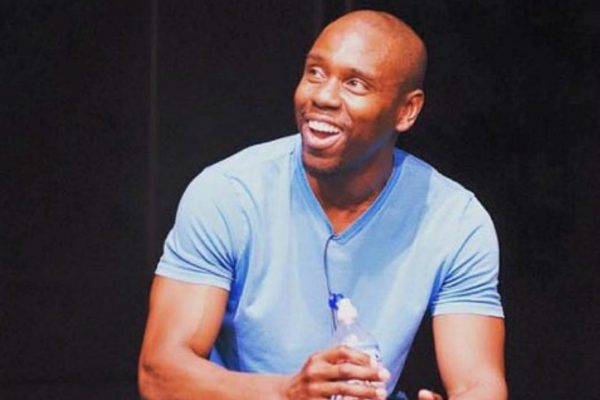 Family members of the man who was critically injured earlier this month after he jumped from a bridge while running from police are searching for answers about what exactly happened that night.

The man has been identified by his family as 36-year-old Jivon Lee Jackson of Fort Washington, Maryland. According to Jivon’s father Richard Jackson, he is currently in a coma and stable at George Washington University Hospital.

“What’s murky is how the situation escalated so quickly from getting pulled over to Jivon jumping from a bridge,” Jackon said. “We believe there will be a moment in time when we get those answers, but the longer it takes, the colder information gets. We’re trying to jumpstart that process now.”

On Nov. 3, the night of the incident, Jackson said Jivon was on his way to a friend’s house and was supposed to pick up his mother from Union Station later that night.

Around 11 p.m., he was pulled over after being spotted driving recklessly on I-395, weaving in and out of traffic and driving on the shoulder at excess speeds, Arlington County Police spokesman Dustin Sternbeck told ARLnow shortly after the incident.

Jackson exited the highway at Shirlington and pulled into the Exxon parking lot. When he stopped the car he got out of the vehicle and started running, according to police; shortly after, he jumped from the Shirlington Road bridge and fell approximately 20 feet onto the rocks below. Police reported he suffered from a “severe head injury” and was bleeding profusely.

As of this morning, police could only confirm that the process to transfer Jivon to a rehabilitation facility began last week. No police report on the incident was available.

According to Jackson’s sister Mara Doss, Jivon is a well-known theater producer, director and actor throughout the D.C. area. He earned a degree in communications from Howard University in 2001 and got a master’s in management and marketing from the University of Maryland University College. In 2012, he was named to the inaugural Prince George’s County Forty Under 40 list.

At the time of the incident, Jivon was producing and directing a play called Colorblind: The Katrina Monologues at the Anacostia Playhouse in Southeast D.C.

Doss described Jivon as an active, energetic and health-conscious young man who prioritized work and family.

“Jivon is sort of the glue of the family,” she said. “Right now, the family is kind of broken, and we just want to get some answers.”

Jackson said he and Jivon’s mother met with Detective Trainer of the Arlington County Police Department in mid-November to get a summary of police statements from the incident. However, he could not provide a completed report, had no video of what transpired — as there were no dash cams in the cruisers on the scene — and said no witnesses had come forward.

“It didn’t make sense,” Jackson said of the conversation. “I thought given a case like this, they would be able to give the family something. We’re left to police statements, but the statements we read didn’t match up with what we know.”

Consistent with early reports, Jackson said Detective Trainer confirmed that Jivon was under the influence of alcohol at the time of the incident with approximately two beers in his system, but also said his blood alcohol level was lower than what police classify as impaired.

He also said Jivon had no previous criminal record, no signs of depression nor other significant life issues weighing on his mind.

“He was a very active young person with a full life and a lot to live for,” he said. “The characteristics and actions described didn’t match the person we knew, and that’s why we’re so bent on understanding.”

Jackson added he’s seeking counsel, not to pursue legal action, but to help get as much information about the incident as possible.

“We’re not charging anyone, but we do want to know more,” he said. “I’d like to know if there’s anyone that saw anything that evening and if they wouldn’t mind reporting it so we can understand. For now, we’re still in prayer for Jivon to recover enough to see if he recalls any of this.”